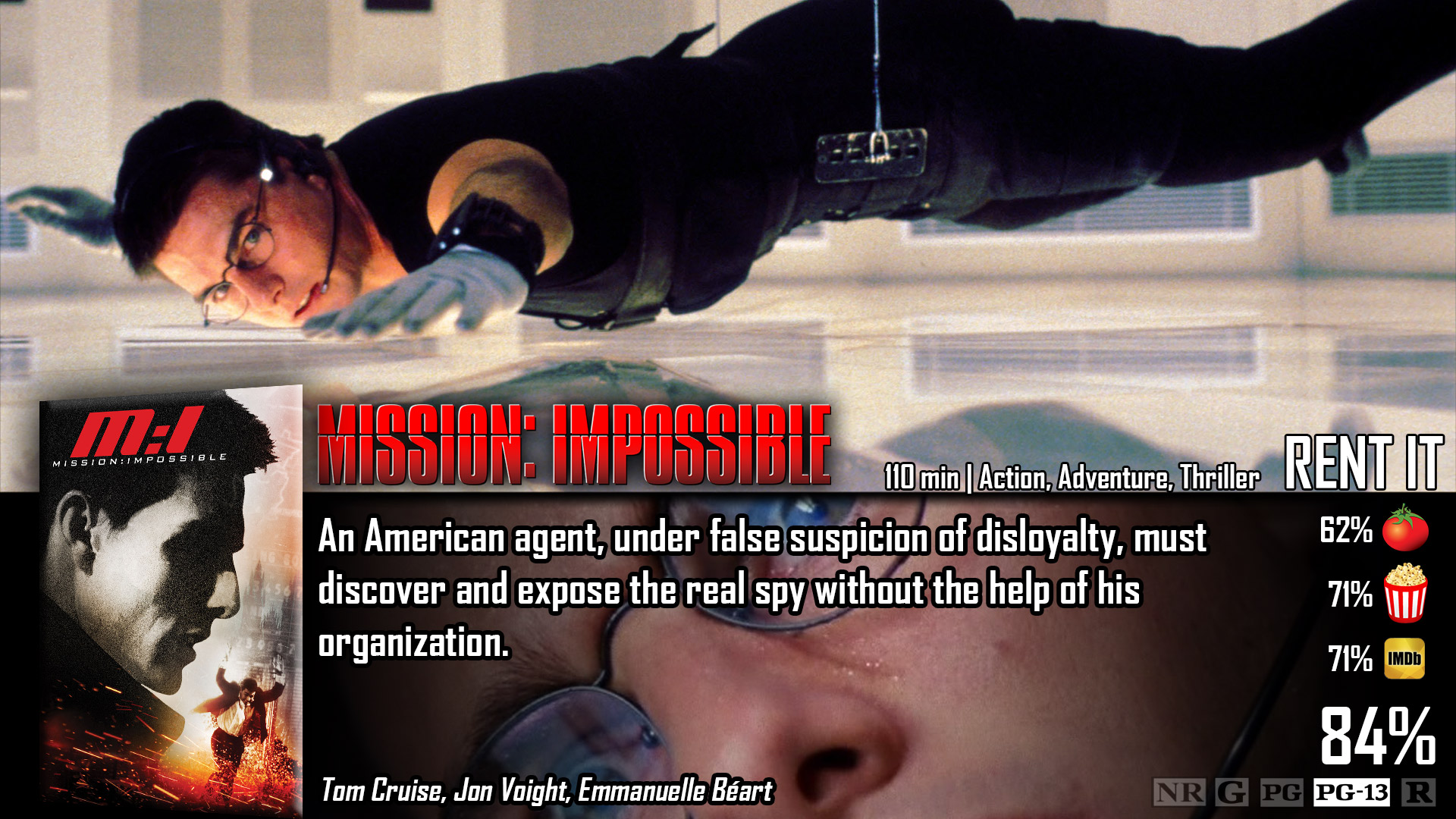 Jim Phelps is called upon for a new assignment dealing with very sensitive information regarding IMF agents and their cover IDs. He brings in his standard crew, including point man Ethan Hunt, and they plan out how to recover the info. Unfortunately, their mission was compromised horribly and Ethan finds himself the lone survivor and the top suspect as a traitor. The discovery of two other survivors doesn’t alleviate his paranoia, so he goes into the list of blacklisted former IMF agents to put together another team to get to the bottom of their original mission and the conspiracy behind it.

Directed by Brian De Palma, the movie became well known for the interweaving and complicated plotting. — and the signature image of the “Mission: Impossible” Cable Drop. However, it was (and remains) very divisive among long-time fans of the TV series (due to who the villain is, and the fact the story tends to focus on a single character, rather than a team), and was publicly disavowed by at least two cast members of the original series.

Tom Cruise headlines each film as ace IMF agent Ethan Hunt and Ving Rhames plays Luther Stickell, Ethan’s go-to guy for Mission Control and computer hacking. Each film outlines an Impossible Mission Collapse of varying kinds and it usually involves the heroes trying to fix the mess that has developed (often with regular violence, something the original show purposefully avoided).

Because of the higher action quotient, dominant focus on Cruise rather than the entire team and some liberties taken with previously existing characters, there has been a sizable backlash regarding fans of the original series. Still, the films have been embraced by general audiences and elements unique to them alone have become embedded in modern popular culture. They all have different themes and tones, too; they don’t simply use a Reset Button and each film isn’t mere Sequel Escalation.